Office for the Dead, Dominican Rite 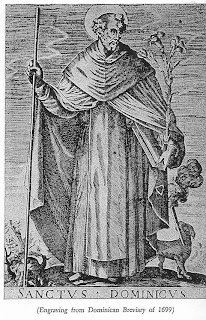 Over on the Liturgia Latina blog, I have written a short article on the Office for the Dead in the Dominican rite, in memory of Dominic Mary, Tertiary of the Order of Preachers, recently deceased, who was a founder member of the Sodality.

DF
Posted by davidforster at 14:46 No comments:

I regret to report that one of our founder members, Dominic Mary - who blogged at Libera Me - died on 21st October.

Dominic Mary provided encouragement at the foundation of the Sodality in May last year. This inauguration was appropriately held at Blackfriars, Oxford - Dominic Mary was a Dominican tertiary.

Last time I saw Dominic Mary was at the LMS pilgrimage to Oxford just over a year ago. He had been ill - had a "funny turn" - and had a stay in hospital.

Would all members and friends of the Sodality please pray for Dominic Mary. I will say the office of the dead for him, according to the traditional Dominican breviary - it's what he would have expected!

It is one of the duties of being in a Sodality that members should pray for one another - especially for their departed brethren.

Further details of the last year of his life are on the blog Gem of the Ocean - if you knew him, you may wish to read this. Also remember his widow in your prayers.