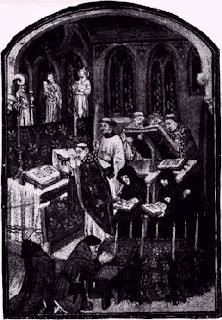 This website has previously drawn the attention of its readers to the writings of Mr Arthur Crumley, previously leading Master of Ceremonies of the Latin Mass Society of England and Wales. Mr Crumley was a firm defender of the traditional liturgy, and upholder of high standards of service at the altar.
The news has been received that Mr Crumley died earlier this weekend. He had, apparently, been suffering form the effects of a minor stroke last year.

Reader, please pray for his soul.