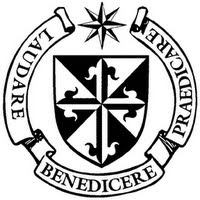 It is through the very informative blog of Mr John Whitehead - linked in the right-hand bar - that I have discovered the excellent Dominican Liturgy blog: http://dominican-liturgy.blogspot.com/

I imagine that most readers of this posting will be aware that the Dominican Order - the Order of Preachers founded by St Dominic - has its own traditional liturgy. In this, it is similar to the Carmelites of the Primitive Observance, the Carthusians, and the Premonstratensians.

The current Roman Missal - commonly called the Tridentine Mass or the Rite of St Pius V - was promulgated in 1570 by the papal bull Quo Primum Tempore. In this legislation, the Pope determined that: all priests of Latin Christendom should use this Missal; that nobody should have any fear in conscience in using it; that no priest was obliged to use any other Missal; that nobody should be coerced to alter the Missal; and that this legislation was to remain in force always. Anybody disobeying was threatened with "the wrath of Almighty God and of the Blessed Apostles Peter and Paul."

"Furthermore, by these presents [this law], in virtue of Our Apostolic authority, We grant and concede in perpetuity that, for the chanting or reading of the Mass in any church whatsoever, this Missal is hereafter to be followed absolutely, without any scruple of conscience or fear of incurring any penalty, judgment, or censure, and may freely and lawfully be used. Nor are superiors, administrators, canons, chaplains, and other secular priests, or religious, of whatever title designated, obliged to celebrate the Mass otherwise than as enjoined by Us. We likewise declare and ordain that no one whosoever is forced or coerced to alter this Missal, and that this present document cannot be revoked or modified, but remain always valid and retain its full force - notwithstanding the previous constitutions and decrees of the Holy See, as well as any general or special constitutions or edicts of provincial or synodal councils, and notwithstanding the practice and custom of the aforesaid churches, established by long and immemorial prescription - except, however, if more than two hundred years' standing." (Quo Primum Tempore)

Now the exception was that Missals of more than 200 years standing - in other words, demonstrably going back beyond 1370 - might still be used. This included the Missals of the Religious Orders I just mentioned; as well as a number of local rites, including the English Rite of Sarum, and the Ambrosian Rite of Milan.

Over the centuries the Dominicans loved their liturgy, and carefully preserved it. There were modifications, including adopting the Roman lectionary. But the differences are still striking. Some Dominicans still have a devotion to the patrimony of their Order, and one of them is Fr Augustine Thompson, who is the editor of the Blog.

Instead of me trying to explain the differences, why not visit the Blog? http://dominican-liturgy.blogspot.com/

My excuse for mentioning this on the SST is that one of the links, down the left-hand side of the page, is to a handbook for Altar Servers in the Dominican Rite. You can download this, and enjoy it to your heart's content. There is much there to learn for us, who are servers at the Tridentine rite.

DF
Posted by davidforster at 22:03