Pope Benedict XVI spoke about St Tarcisius, addressing altar servers, in 2010: read it here.
From the 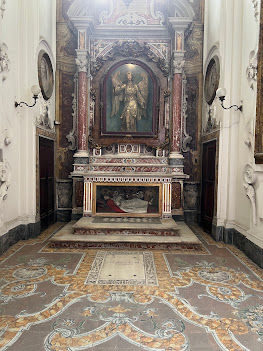 St Tarcisius.
Martyr. The only positive information concerning this Roman martyr is found in the poem composed in his honour by Pope Damasus ("Damasi epigrammata", ed. Ihm, 14). In these lines Damasus compares Tarsicius to the protomartyr Stephen: just as the latter was stoned by the people of Judea so Tarsicius, carrying the Blessed Sacrament, was attacked by a heathen rabble, and he suffered death rather "than surrender the Sacred Body [of Christ] to the raging dogs". This tradition so positively asserted by Damasus is undoubtedly historical. Nothing definite is known concerning the personality of this martyr of the Eucharist. He may have been a deacon, as Damasus compares him to Stephen. An addition to the sixth-century legend of the martyrdom of Pope St. Stephen makes Tarsicius, for some unknown reason, an acolyte; this addition, however, is based on the poem of Damasus. It is evident that the death of this martyr occurred in one of the persecutions that took place between the middle of the third century and the beginning of the fourth. He was buried in the Catacomb of St. Callistus, and the inscription by Damasus was placed later on his tomb. In the seventh century his remains rested in the same grave as those of Pope Zephyrinus; according to Willpert they lay in the burial vault above ground (cella trichora) which was situated towards the west over the Catacomb of St. Callistus. The feast of the saint is observed on 15 August.

As noted, St Tarcisius appears in the Roman Martyrology on 15th August: for his liturgical commemoration see here.
His relics are found in the Church of San Domenico Maggigore, Naples. 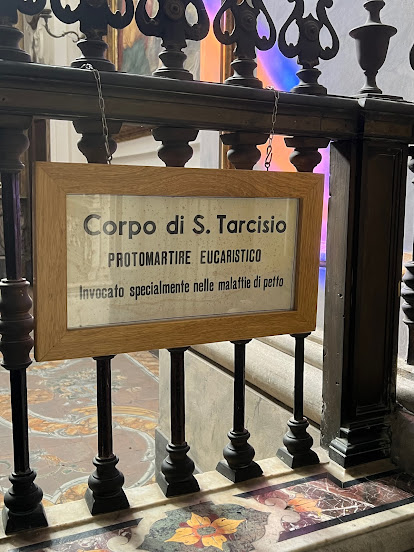 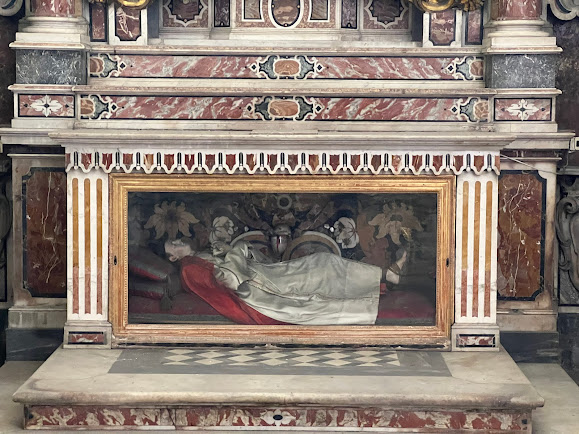